US leading computer manufacturers after leading the market in PCs, has now launched two 3G Android mobiles called XCD35 and XCD28. Both the models launched are based on Google Android 2.1 operating system. 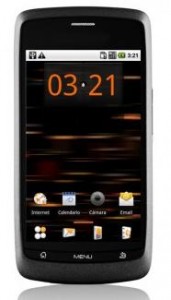 Both the phones are carrying high end specification and are launched at very competitive price to give head on competition to other Mobile manufacturers like Nokia and Samsung.

Dell XCD28 is priced at Rs 10,990 & Dell XCD35 can be brought home by paying Rs 16,990 however the later would be availabe in the month of December where as XCD28 has reached the stores and available for the customers.

Posted by musicking on Nov 11 2010. Filed under Uncategorized. You can follow any responses to this entry through the RSS 2.0. You can leave a response or trackback to this entry