Governor E.S.L. Narasimhan will administer oath of office and secrecy to him at 12.14 p.m. at Raj Bhavan. The governor invited Reddy to form the government after state Congress chief D. Srinivas Thursday morning met him and informed of the Congress Legislature Party’s (CLP) decision on the new leader. 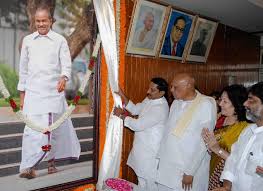 After taking oath, 50-year-old Reddy will leave for New Delhi to meet Gandhi and other central leaders for consultations to constitute his ministry. Reddy resigned as the state assembly speaker Wednesday night. He had earlier served as the government chief whip but was never a minister.

Posted by musicking on Nov 25 2010. Filed under Breaking News. You can follow any responses to this entry through the RSS 2.0. You can leave a response or trackback to this entry