A legendary singer of Hindustani classical music, Joshi had been ailing for some time and was being treated at the hospital for nearly a month.

The maverick singer was one of the few classical musicians to record film music. He also participated in a popular national integration jingle. 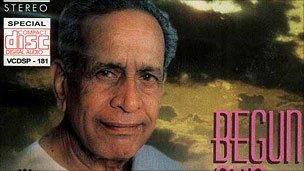 Singer Shubha Mudgal said his death came as a “big shock for all students of music in India”.

She said despite Joshi’s series of illnesses, he would “rejuvenate himself” and begin singing again.

“An era of Hindustani classical music has ended. One of the pillars is gone,” said singer Shankar Mahadevan.

Born in 1922 in Gadag in southern Karnataka state, Joshi left home at the age of 11 to pursue his musical dreams.

He hopped from one long distance train to another, paying for his tickets by singing to ticket collectors.

He was even arrested a few times for travelling ticketless.

He also sought out households where he heard musicians lived and worked as servants – the young Joshi once worked as a servant at leading Bengali actor Pahari Sanyal’s house after he heard that the actor was very fond of music.

Joshi eventually returned home to train under a teacher.

He worked as a staff musician at India’s state-run radio station, All India Radio, before he recorded for the first time in 1944.

Joshi was a prolific performer, travelling extensively at home and abroad and aggressively promoting his overseas concerts through poster campaigns.

Posted by musicking on Jan 24 2011. Filed under Breaking News. You can follow any responses to this entry through the RSS 2.0. Both comments and pings are currently closed.