BALASORE (ODISHA): In a step forward to attain the minimum credible nuclear deterrence, India’s defence scientists are going to show more fire power at the country’s best test facilities at Chandipur and Wheelers Island off the Odisha coast in the coming days.

According to the sources at the integrated test range (ITR), the DRDO has planned to test fire at least five sophisticated long range missiles within next two months. The launching complexes at both the places have been readied for the first ever synchronized test in the recent times. 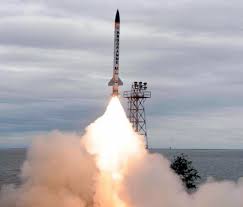 While on Thursday, an advanced version of Agni-I missile has reportedly been scheduled to be fired, in December two missiles – BrahMos and Agni-II will fly in the sky. In January scientists will fire the newly developed Agni-II + missile and an interceptor missile which last time didn’t take off due to a technical snag in the target missile.

“This is for the first time that altogether five missiles have been lined up to be test fired within next two months. The lab authorization committee of the ministry of defence (MoD) has given necessary green signal for the proposed test firings. Range integration has been completed. We all are hopeful of test launching the missiles successfully,” said a defence scientist.

Originally designed to strike the target at a distance of 700 km the Agni-I missile this time will be tested by the armed forces with better re-entry technology and an extended range. Compared it its longer-range cousins, its height is just 15 metres and it is powered both solid and liquid propellants, which imparts it a speed of 2.5 km per second. It can blast off from both road and rail mobile launchers.

Next month there will be tests of BrahMos and Agni-II. On September 5 last India created history by flight testing Brahmos cruise missile, for the first time in the world, at a supersonic speed in a steep-dive mode. The 8.4 meter long missile can hit a target at a distance up to 290 km. The missile can travel at thrice the speed of sound and carry a conventional warhead weighing 200 kg to 300 kg.

“BrahMos has become the only supersonic cruise missile possessing this advanced capability in the world. After the scheduled test this version will be ready for induction,” said the scientist.

Similarly, the two-stage solid-propelled Agni-II is one of the key weapon systems of the country’s nuclear deterrence doctrine and had been inducted into the armed forces. Having about 1.3 meter diameter it is 21 metres tall and capable of carrying a payload of one tonne. It has strike range of nearly 2000 km. The missile which had failed to deliver desired results consecutively twice last year was successfully tested in May this year.

“Meanwhile we have developed Agni-II+ missile which is completely a new missile having a strike range between 2750 km and 3000 km. It has several advanced technologies in comparison to its previous missile. This missile, a part of the Agni series will bridge the gap between its long range missiles Agni-II (2000 km) and Agni-III (3500 km),” informed the scientist.

In the final step, the DRDO will test the Advanced Air Defence (AAD) missile to shoot down an incoming “enemy missile” as part of its efforts to build a credible ballistic missile defence shield. Of the four interceptor missile tests so far, the first three were successful. The last one in March this year was a failure.

Posted by musicking on Nov 25 2010. Filed under Technology. You can follow any responses to this entry through the RSS 2.0. You can leave a response or trackback to this entry